Soon after the new year, a new presidential administration will take office. We’ll also have a new Congress, the 117th, with a Senate currently composed of 50 Republicans and 48 Democrats — with two Georgia Senate seats to be determined in runoffs in early January — and the House of Representatives composed of 222 Democrats and 205 Republicans, with 218 needed to pass legislation.

This new Congress will meet for the first time in Washington, D.C., to be sworn in on January third and will immediately need to consider very important issues facing the country — the economy, a need for continued emergency pandemic relief, our crumbling transportation infrastructure and national security, as well as possibly needing to reach a budget deal if none has been successful by the end of 2020.

Also on the docket will be multiple issues that impact women’s health, including affordable health insurance coverage, the continuation of telehealth and telemedicine, the growing opioid epidemic and disparities in health care and treatment — and we must insist that our lawmakers, both incumbents and those new on Capitol Hill, take them seriously.

Signed into law in 2010, the Affordable Care Act (ACA) was the most important expansion of healthcare coverage since the passing of Medicare and Medicaid in the 1960s. The law has helped millions of American women gain access to healthcare coverage. It has also expanded benefits and improved preventive care at no cost, including annual well women appointments, birth control and mammograms.

Before the ACA, women could be charged higher healthcare premiums just because of their sex — in fact, women were charged about $1 billion more than men per year for the same coverage. Women were often denied coverage if they had received treatment for preexisting conditions such as pregnancy (including cesarean sections) or breast cancer — even domestic violence was considered a preexisting condition. Congress put provisions in the ACA that ended these discriminatory, predatory policies by insurers. Under the law, no person can be denied coverage because of their sex or having a preexisting condition.

Unfortunately, the ACA doesn’t address all problems relating to accessing care — cost is still often prohibitive. Under the law, people who earn up to 400% of the poverty level are eligible for advance premium tax credit (APTC) subsidies to help them pay for insurance. In 2020, 86% of people under ACA plans received such a subsidy. Yet even with this assistance, insurance premiums, deductibles and copayments are on the rise, making it hard for many Americans to pay for their insurance and health care. This has caused many people to opt out of enrolling in a plan.

President-elect Joe Biden wants to expand health insurance, lower costs, increase federal subsidies for plans to help more middle-class families, and help more Americans gain access to quality care. It’s too early to know how, exactly, the new Congress will respond, but it is clear, especially during a global pandemic, that it will need to address aspects of the ACA head on.

Recently, I wrote about how lawmakers must make telehealth, which is health care (clinical and nonclinical) delivered remotely through computers and mobile devices, a central policy issue. Earlier this year, the Centers for Medicare and Medicaid Services (CMS) temporarily expanded Medicare coverage for telehealth visits so that more Americans could access health care from their homes without putting themselves or others at risk of getting COVID-19. Many private insurers also chose to waive or reduce these fees, although coinsurance costs and deductibles still applied.

Millions of Americans rely on telehealth services, but on October 1, many telehealth benefits expired or were reduced by private insurers. Telehealth costs for Medicaid and Medicaid Advantage patients will continue until the end of the public health emergency, but the new Congress will need to reexamine telehealth rules to ensure as many people as possible are able to access safe health care even when we’re not in the midst of a global pandemic. Telehealth has become integral to quality health care; I urge lawmakers to make permanent laws that expand access to telehealth.

It’s not hyperbole to say that the opioid epidemic is a serious national crisis. Drug overdoses are a leading cause of unintentional fatal injury in the United States. Every day, overdoses involving opioids, including synthetic opioids, prescription pain relievers and heroin, kill 128 Americans.

While drug addiction was once thought to be a conscious choice, it’s now understood as a chronic brain disorder. Women in particular are hit the hardest by the opioid epidemic. Women are more likely to experience chronic pain than men and use prescription opioids at higher doses and for longer periods of time.

In 2018, Congress passed HR-6, the Substance Use-Disorder Prevention that Promotes Opioid Recovery and Treatment (SUPPORT) for Patients and Communities Act to address, and hopefully end, the opioid crisis. Through its implementation, a number of programs have been initiated to address the crisis. The Act also amended many previous pieces of legislation that focused on welfare programs, public health and law enforcement to help further address the crisis.

Although great strides have been made to address the opioid epidemic, less attention and funding have been put toward chronic pain management. To ease America’s reliance on opioids, legislators must also address the health crisis of undertreated pain. HealthyWomen strongly believes congressional oversight is needed on the implementation of SUPPORT. In September, HealthyWomen led a group effort of 33 organizations to send a letter urging the US Food and Drug Association and the National Institutes of Health to make new, nonaddictive pain treatments a research priority.

Disparities exist in many areas of health care and treatment, from pain management to chronic diseases such as heart disease and cancer. Just like the rest of American society, healthcare professionals carry racial biases. Because of this systemic racism, Black Americans, for example, experience barriers to accessing health care and have worse health outcomes compared to white patients.

People of color also struggle more than white people to gain access to insurance. Hispanic people, for example, are 2½ times more likely to be uninsured than their white counterparts. The ACA closed some of the coverage gaps, but Congress must continue to eliminate disparities by continuing to increase access to coverage and care for women and other uninsured people, while addressing the systemic racism that is so rampant in the healthcare system.

To start addressing these issues, Congress must not only express bipartisan support of initiatives that focus on women’s health, but they must also entertain legislation that would address the systemic racism and inequality in our healthcare system. 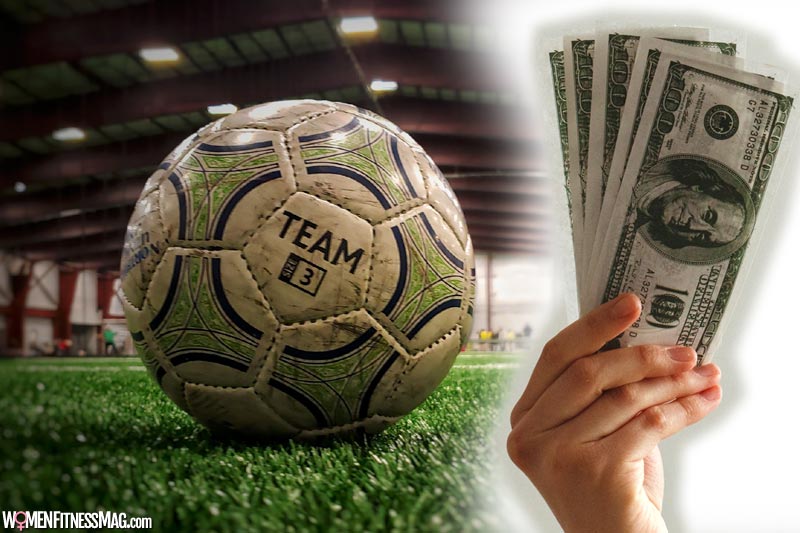