When the first COVID-19 vaccines from Pfizer-BioNTech and Moderna were authorized by the U.S. Food and Drug Administration in December 2020, most people breathed a sigh of relief since both shots were shown to be between 94% and 95% effective in protecting from COVID-19 symptoms. But public health experts warned that nobody really knew how long the protection would last, since the longest clinical trials in people only went to a few months. Dr. Anthony Fauci, director of the National Institute of Allergy and Infectious Diseases (NIAID) and the chief medical advisor to President Joe Biden, suggested that additional booster doses—and perhaps even yearly shots, similar to the annual flu shot—might be necessary to keep the public safe.

That’s because SARS-CoV-2, like many other viruses we know about—from influenza to HIV—doesn’t sit still. It constantly mutates, and a handful of these mutations are now circulating around the world and keeping public health experts on the alert, since these variant viruses are better at evading immune cells, including those elicited by the vaccines.

So far, experts say that the vaccines continue to provide good protection against all forms of SARS-CoV-2. But the immune response against some of the variants, specifically against one called B.1.351 that was first identified in South Africa, may be slightly lower than immune responses against the original strain that the vaccines were designed to fight. An additional dose, scientists believe, may boost that response back up to where it should be.

The other open question about vaccines is how long the immunity they confer actually lasts. In data released in April, both Pfizer-BioNTech and Moderna reported that their current two-dose vaccines contribute to strong antibodies that can neutralize the COVID-19 virus for up to six months. Fauci has said that the protection may last even longer than that if other immune protection, involving immune cells such as T cells, are activated by the vaccines. Some early studies suggest that they are.

But only continued studies involving people in the early trials, who are supposed to be followed for up to two years, will answer the question of how long people can expect the vaccine protection to last. That said, both companies seem to believe a booster might be necessary: On April 14, Moderna’s CEO, Stephane Bancel said on CNBC that the company planned to have a booster shot ready by fall. And on April 15, CNBC aired a video segment, taped prevously, in which Pfizer CEO Albert Bourla said that it might be “likely” that people would need a third dose of their COVID-19 vaccine within a year after getting the first two doses, referencing human clinical trials the company began in February to test a third dose.

It’s been a year since the first studies of the Pfizer and Moderna vaccines began last March. A small number of the participants of the initial trials of these two-dose vaccines have also volunteered to get a third, booster dose, so scientists can see if the additional dose improves immunity or makes it more durable. In February, Pfizer-BioNTech began studying a third dose of its existing vaccine among people enrolled in the early phase of the vaccine; the company’s scientists are also developing a new version of the vaccine directed specifically against the aforementioned B.1.351 variant.

Moderna, which developed its COVID-19 vaccine with scientists from NIAID, has also developed a new vaccine targeting this variant, and in early tests on animals, the animals generated strong neutralizing antibodies against the virus. So in March, scientists began testing a dose of this vaccine as a third dose given after two doses of the original shot. The company is also testing several other vaccine-dosing regimens, including a combined vaccine that would mix the current shot with the one against the new variant.

Both companies were able to pivot quickly to create new vaccines against the emerging variant because their shots were designed using the genetic material mRNA. The strategy allows them to quickly swap in new genetic instructions, coding for the variant instead of the original virus, in a matter of six weeks, compared to other techniques that require growing vast amounts of virus and culturing them for weeks or months. 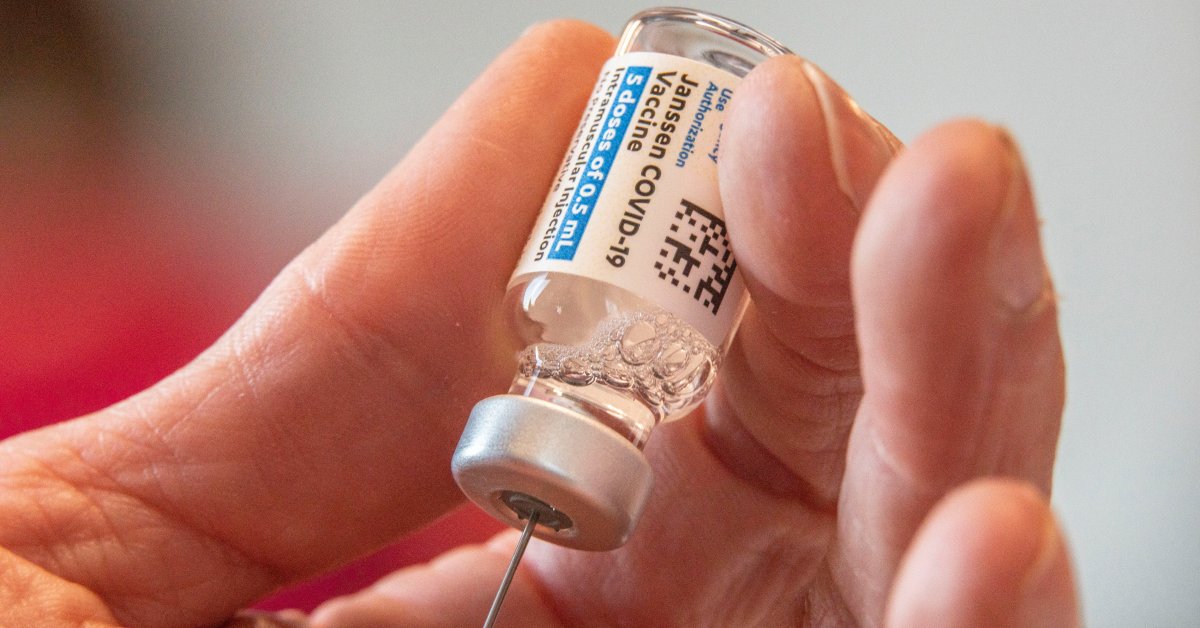 FDA and CDC Recommend Pausing Use of J&J-Janssen Vaccine
Exclusive: Inside the Facilities Making the World’s Most Prevalent COVID-19 Vaccine